Salon is an online program that takes cues from the Oakville Galleries collection and from our past and future exhibitions to share new ways of encountering contemporary art. Every two weeks, we invite visitors to see new installments of moving image works and images from our collection, hear our curators talk about contemporary art at live events, and engage with the work of a community of incredible artists.

Our Salon program took place from 24 March – 23 September 2020. The videos are no longer available here for streaming.

Mako Idemitsu: Another Day of a Housewife

On September 9th we presented Another Day of a Housewife by Mako Idemitsu in our online 𝘚𝘢𝘭𝘰𝘯 program, a film that is part of Oakville Galleries' collection and was included in our 2011 exhibition “The Un-home-ly". Born in Tokyo in 1940, Idemitsu is an experimental film and video artist, who provides meticulous observations of the cultural role and identity of women within the context of family. This video is the first of a series of works from the late seventies and early eighties where she critiques the familial structures that govern women within domesticity. Taking on similar attitudes to her contemporaries, such as Martha Rosler, Ana Mendieta, Chantal Akerman, and Adrian Piper, Idemitsu addresses gender in relation to economies of production. The video work follows the tradition of the kitchen film, tracing a day in the intimacies of a woman's private life at home and exploring imposed social conformity through women's work. A distinct element of the film is also Idemitsu's interest in the influence of technology and media on the woman: a quiet, watchful eye on a video monitor eerily follows the woman as she completes her household tasks. These themes of technological surveillance and prescribed gender roles have never felt more timely, particularly as home and workplace merge in the pandemic era. Sincere thanks to the artist for agreeing to share this important work! 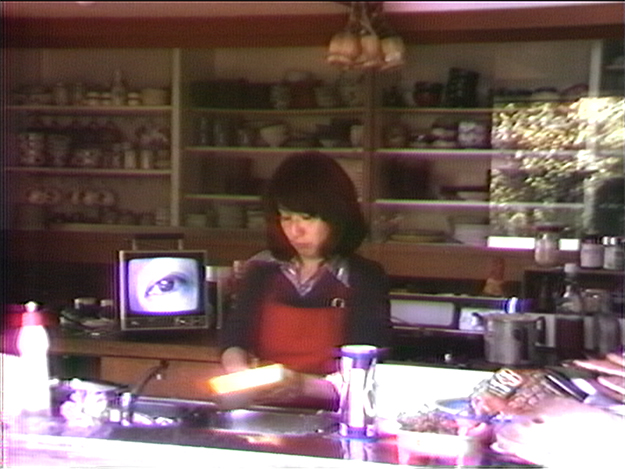 Mako Idemitsu, Another Day of a Housewife, 1977. Collection of Oakville Galleries, 2010. Image courtesy of the artist. 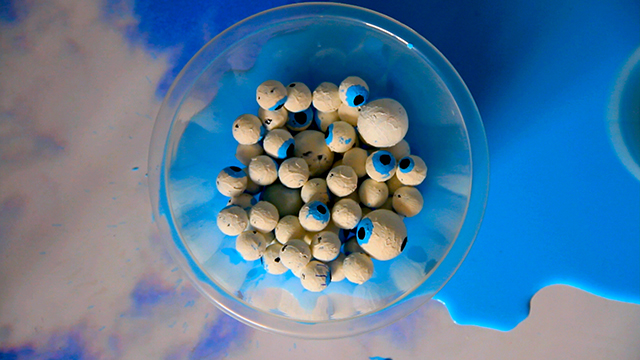 Tune in for the inaugural episode of our new podcast series. This one was made collaboratively with Art Metropole, and is the first in a series featuring conversations with artists on literary and/or language influences in their lives and work. Listen to Frances Loeffler, curator of Oakville Galleries, and Jonathan Middleton, director of Art Metropole talking with Aotearoa-based artist Shannon Te Ao (Ngāti Tūwharetoa). The episode was recorded in the library of Oakville Galleries on January 28, 2020, in conjunction with Shannon's exhibition Ka mua, ka muri at Oakville Galleries (26 January – 22 March 2020). To learn more about Ka mua, ka muri please visit our online exhibition archive. 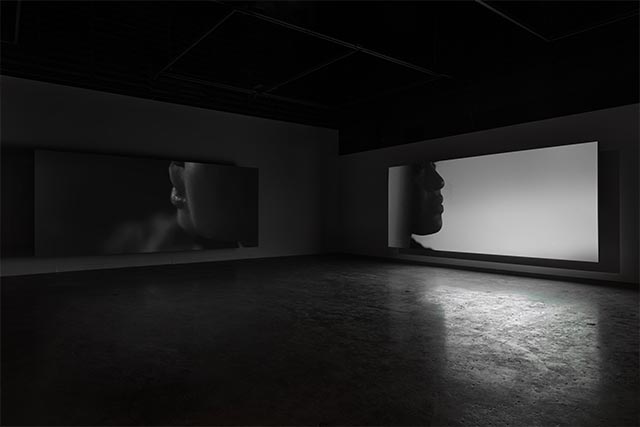 Live Reading and Conversation with Laurie Kang and Jesse Chun

In our first live Salon event, we invited artists Laurie Kang and Jesse Chun to a live reading and conversation on the writing of Trinh T. Minh-ha. The writing of filmmaker, theorist, composer, and professor Minh-ha poses pertinent questions in addressing culture and society today. A proponent of alternative ways of being, knowing, and loving, Minh-ha also figures prominently in both Kang and Chun's thinking, in life and in artistic practice.⁣ Hear Kang and Chun reflect on “Yellow Sprouts" from When the Moon Waxes Red and muse on the value of undefined and hybrid spaces.

David Hartt: in the forest

For our second Salon event, we showed the film in the forest by David Hartt from our 2018 exhibition David Hartt: in the forest. Presented in the exhibition as an immersive multi-part installation, the film takes an impetus from architect Moshe Safdie's 1968 abandoned housing project Habitat Puerto Rico. Slowly, the beautiful cinematic portrait unravels into a meditative inquiry on sites, built environments, and the political and economic contexts they find themselves in. The film also features a composition by electronic musician Karl Fousek. Our sincere thanks to David for allowing us to share his work! This film is available for your viewing pleasure until May 6th. 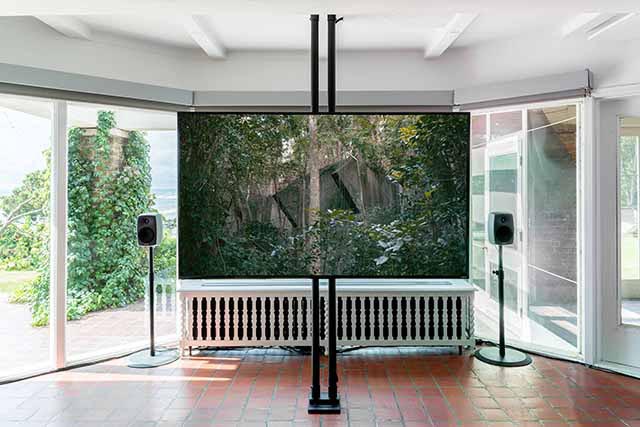 Our first Salon event featured a collection of poems curated by the poet Charles Bernstein in response to our 2016 exhibition Down To Write You This Poem Sat. For Bernstein, poetry must call attention to itself as language. Experimental and playful, he explores different aspects of poetry as a medium. In this collection, Bernstein creates a collage of different voices, those of the modern, the inheritors, and the avant-garde of poetry. Our sincere thanks to Charles for allowing us to share his work! 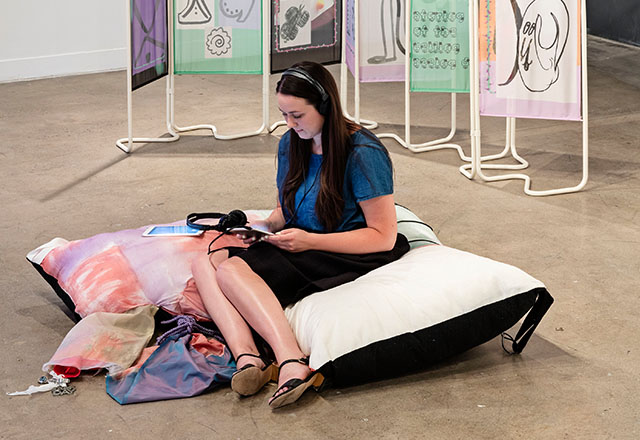