Perhaps the most commonly cited tale of art history is that of the Corinthian maiden as told in Pliny the Elder's Natural History. As the story has it, a young draftswoman is sending her lover off to battle. Overcome with grief at his impending departure, she traces his shadow on a wall, leaving the outline of his silhouette as a remembrance of their time together. This simple gesture has been advanced by Pliny as the origin of painting, if not the birth of representation. Indeed, this quiet, unbroken line on the wall reveals the very rudiments of art's longtime fixation on figuring presence in the face of absence, of securing memory by marking loss.

This impulse to document is a powerful one; as Marcel Proust famously suggested, art is one of the few means we have to recover lost time. For centuries, memory has served as a prime source of inspiration for artists, both figuratively and conceptually. However, in a contemporary context where information saturation begets memory failures of all stripes—personal, political, and technological—the task of recollection has become increasingly fraught. The frequency of everyday references to memory crashes, cultural amnesia, false memory syndrome and confabulation points to the ever-widening gap between the event as lived and memory as recalled.

This exhibition, assembled from Oakville Galleries' permanent collection, brings together the work of ten contemporary artists who are grappling with this imperfect shape of remembrance. Exploring the manner in which time, emotion and popular culture influence the formation and transformation of memories, these artists move beyond the mere act of making the absent present, and instead wrestle with the inevitable fallibility of the mind's eye.

For Bill Barrette, Stan Denniston and Colette Whiten, this takes the shape of interrogating the unseen, the forgotten; Stephen Andrews, John Brown, Attila Richard Lukacs and Regan Morris turn their attention to the compromising effect of time on the image; while Janet Cardiff, Duncan MacDonald and Paulette Phillips probe the frustratingly elusive nature of the memorial.

Read together, these works struggle with the precarious—often unworkable—nature of the commemorative impulse, but refuse to yield to its shortcomings. Absent here are simple attempts to re-evoke or reanimate the lost object; instead, we are presented with meditations on loss itself—of bodies, of innocence, of time and place, and perhaps most importantly, of memory's acuity. 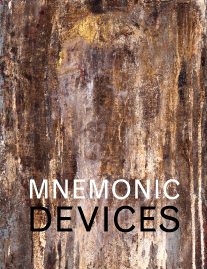