Through their respective individual practices, artists Shary Boyle and Emily Vey Duke have established parallel artistic visions, sharing an interest in the relationships between feelings, impulses and fantasies, and mechanisms of shame and social control. For The Illuminations Project, the two have come together over a period of more than ten years to collaborate on a suite of richly imaginative drawings and writings that demonstrate the vast range of each artist's tone and style.

Moved by a desire to explore perceived hierarchies between image and text, the artists undertook an inventive call-and-answer exchange. Duke composed an initial text and sent it to Boyle, who produced a drawing in reply. Boyle kept that image to herself, while creating a new drawing that she offered back to Duke for response. Duke, in turn, wrote two texts—one kept private, the second sent off to Boyle. The process continued in this manner through thirty-one exchanges, with half of the words inspired by images and half of the images inspired by words.

Shown here in its entirety for the first time, The Illuminations Project assumes an epic structure, embracing free-form ideas as readily as the drive for narrative momentum. The project loosely charts the journey of a character named Bloodie, a young girl who travels across fantastical lands populated by all manner of creatures—human, animal and otherwise—including fellow traveler Peg-Leg and his gang of Wild Boys. Drawing on philosophy, religion and myths alike, the tale that unfolds speaks potently to the freedoms and dangers of the wild, the nature of power and desire, and the brutalities of contemporary life. 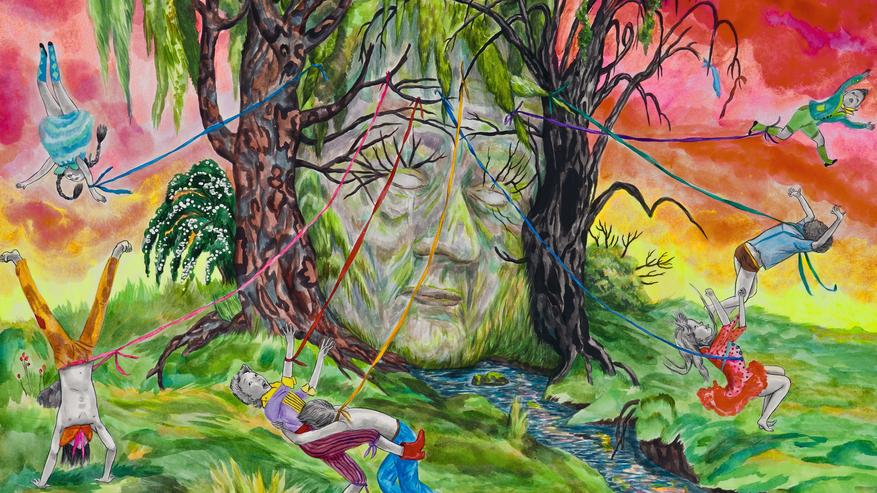 Join us to celebrate the launch of The Illuminations Project by Shary Boyle and Emily Vey Duke. 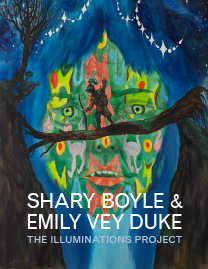 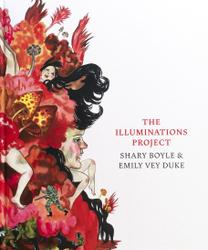