The multidisciplinary practice of Toronto-based artist Marla Hlady is characterized by her playful explorations into the mechanics and expressive possibilities of structure and sound.

Invited to produce a new work at Oakville Galleries in Gairloch Gardens, Hlady was drawn to the acoustic nature of this former home. To her well-tuned ears, the building is awash with noise, from the whirring fans and subterranean drones of the boiler, to the chirping ticks of the security system. The resulting installation, Rooms (2011), works to draw attention to these otherwise unnoticed elements, encouraging viewers to see sound. To create Rooms, Hlady recorded sounds throughout the building to reveal the unique sonic qualities of the space. Conceiving of sound as an invisible phenomenon that is normally perceived in relation to other sensory stimuli, the artist sought to isolate it, while augmenting it with a visual presence. By constructing three-dimensional scale models of each room in the building, Hlady provides visible analogies for the gallery's architecture that also serve as “sound objects," emitting each space's unique tones.

Through Hlady's careful audio recordings, the subtlest utterances of the building's sonic environment are amplified as rhythmic beats. While each of her four installations—one for each storey of the house—is a discrete and meticulously constructed object, free-flowing speaker wires playfully animate the installation, hinting at the interconnectivity of the sculptures, sounds and spaces.

Rooms prompts a heightened awareness of spatial and sonic volumes in an immersive sensory environment. These interventions foreground the otherwise overlooked sound-life of this 89-year-old building, turning Gairloch estate into a strange concert of spaces—mapped, modeled and reassembled. 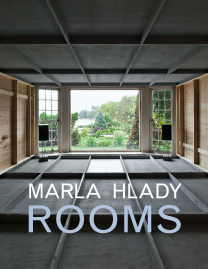 The artist gratefully acknowledges the support of the Canada Council for the Arts, The Ontario Arts Council and the Toronto Arts Council. 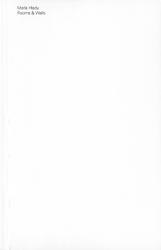