Powerful and disturbing media images fill our society and shape our consciousness. As a consequence, the powerful are often those who can control their own media representation. Belgian artist Johan Grimonprez turns this relationship on its head—reclaims popular media images and repositions the artist in society. In his 68 minute work dial H-I-S-T-O-R-Y, Grimonprez tells the unofficial history of the golden years of airplane hijacking, the '70s and '80s, when terrorists ruled the air and their violence was prime-time viewing. In fast-paced editing splices of archival film footage, goofy cartoons and iconic images of political figures, Grimonprez composes a compelling meditation on the revolutionary impulse and its effect on the course of this century. The film cobbles together images from old network news footage and filters them through voice-over excerpts from two Don DeLillo novels, Mao II and White Noise. The scenes are familiar: Tel Aviv, Algiers, Beirut, Vienna, Tokyo and Lockerbie. The effect is heavy-handed at times—as television cameras give their viewing audiences the true story told through death and violence—but makes an effective indictment of all involved.

In the adjacent gallery, video tapes from Oakville Galleries' permanent collection of video art will be available on request for personal viewing.

This project was realized in association with Vtape, international distributor for video art. 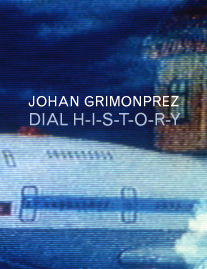