Art Museum at the University of Toronto, Art Gallery of Hamilton and Oakville Galleries

ARTBUS TOUR TO THE ART MUSEUM AT THE UNIVERSITY OF TORONTO, THE ART GALLERY OF HAMILTON AND OAKVILLE GALLERIES

Ride the ARTbus and discover some of the winter's best exhibitions in the GTA! 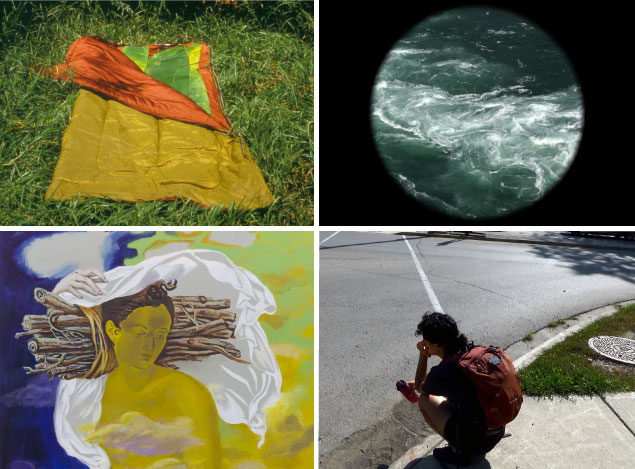 Art Museum at the University of Toronto

The ARTbus continues to the Art Gallery of Hamilton to visit Shelley Niro: 1779 and Abedar Kamgari: The Journey West. Shelley Niro looks to the year 1779, when 5,000 Haudenausaunee people arrived in Fort Niagara, having fled the state now known as New York. Forced from their homeland, many did not survive the migration. Poetic and understated, her works bring power to issues that lie close to the heart, in particular the role of women, and generational knowledge. The exhibition features new video, sculpture, prints, and photographs. In late-August 2004, Abedar Kamgari traveled with her mother by boat and train, leaving Iran for Turkey as a refugee; this was the start of the journey that eventually brought her to Toronto in 2006, and to Hamilton in 2012. The Journey West is a durational performance-for-video and creative retelling of Kamgari's experience as a refugee and immigrant, enacted on the thirteenth anniversary of her initial departure. The 30-hour video is shown alongside research materials that informed the artist's process, including historical artworks, and family archives.

Next, at Oakville Galleries at Centennial Square and Oakville Galleries in Gairloch Gardens, visit the opening of Allison Katz: Diary w/o Dates. Reflecting the diverse range of Katz's production, the exhibition considers the unique character of each site. At Centennial Square, Katz reacts to the theatrical black-box design of the gallery and the concrete geometry of late 1960s civic architecture with a large-scale installation of new paintings “in the round." At Gairloch Gardens, Katz presents a series of new works—including posters, ceramics and a sand painting—that play on elements of circulation and repetition inherent to both her own process and the architecture of this former private residence on the shores of Lake Ontario. Allison Katz: Diary w/o Dates is organized in collaboration with MIT List Visual Arts Center.

11:30 am: Art Museum at the University of Toronto. Visit Figures of Sleep.

5:00 pm: Drop-off at the Art Museum at the University of Toronto. 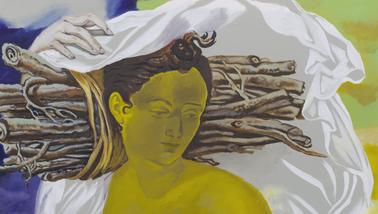 Diary w/o Dates is a solo exhibition of new work by Allison Katz stretching across both Oakville Galleries venues. Reflecting the diverse range of Katz's production, the exhibition considers the unique character of each site.