Inhabiting consists of a number of photographic works by Montréal artist Isabelle Hayeur, selected from three series. Destinations (from 2003 and 2004) is comprised of long horizontal photographs depicting landscapes comprised of several juxtaposed views, and digitally integrated to form one image; Model Homes (begun in 2004 and still in progress) consists of prefabricated model homes photographed singly, and subtly transformed; and Excavations (2005 and also in progress) includes images of suburban homes in their “natural settings" shown with what could be defined as x-rays of the geological substrata underneath them.

Through her choice of images and themes, Hayeur expresses an anxiety about the way humanity has come to occupy the natural territory. The representation not only of a site but of what has happened to it turns her work into something akin to history painting. A history painting that expresses a moral judgment on the rapid degradation of the natural world while also making an acerbic comment on the “residential" folly that has led to the exponential growth of the suburbs. 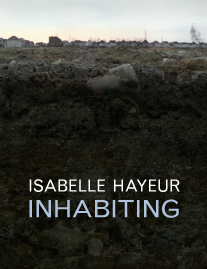 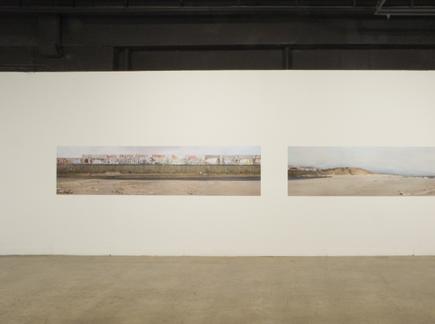 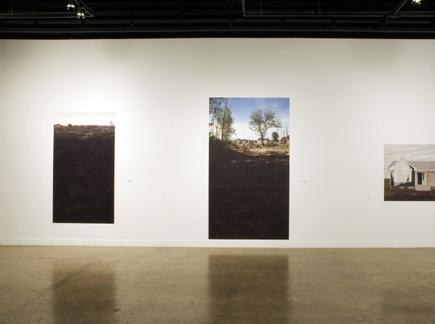 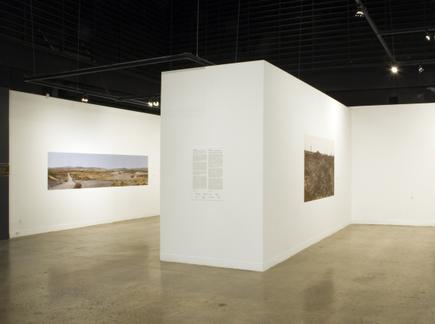 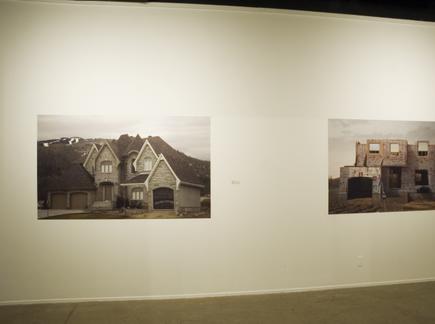 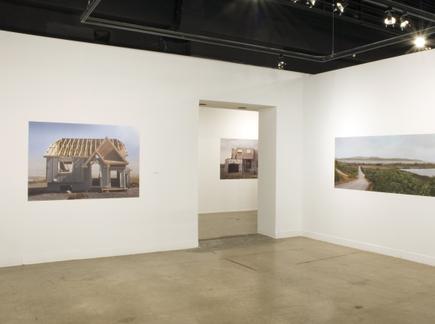 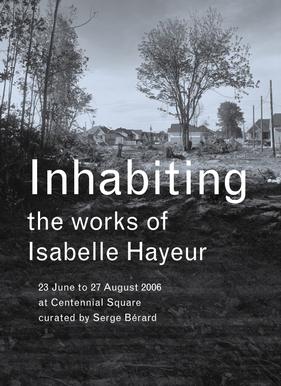 "Inhabiting: the works of Isabelle Hayeur," a text by Serge Bérard