Urban space is constantly changing, presenting new qualities and generating new realities that make it appear inexhaustible in our eyes. The field of visual art is not immune to these transformations, and a great many realities in urban life preoccupy many artists of our time.

Throughout the twentieth century, urban space was a major subject for photographers for example; ever since it first appeared, photography has maintained a close connection to the city. Observed from widely divergent angles in the past, today the urban environment continues to elicit fresh perspectives and gives rise to new issues.

As its title suggests, Urban Territories / Territoires urbains is meant to be understood on different levels: it addresses not only the question of the way physical space is organized, but also the various areas of interest and deliberation employed by each of the artists. Using photographic and video images in a very personal fashion, the six artists brought together here express in their work a particular point of view in urban reality—whether as physical territory or social space—while demonstrating, each in their own way, a real concern for this constantly changing environment and the new situations that come out of it.

More specifically, the artists featured in this exhibition are prompted by a wide range of subjects and raise numerous questions, bringing some of the issues into focus with varying degrees of sharpness. The works presented deal with different notions of urban life. For Isabelle Hayeur, sites under construction and abandoned industrial spaces provide an opportunity to question our relationship with the environment. She highlights the transformations and exploitation of the landscape, which appears to be fragmented and denatured. Emmanuelle Léonard probes the relationship between public and private space in the city. She is interested in control strategies of authorities and the compromised privacy of individuals. The work of Myriam Yates attends to the traces that remain when cultural sites are obliterated or public sites become obsolete. She juxtaposes spaces such as the abandoned site of Expo 67 or the half-neglected Montréal Hippodrome with private work spaces. Martin Désilets' camera catches anonymous gestures that take place in the city such as flowers planted in a drainpipe or garbage slumped on the ground—everything photographed just as it is found while he walks around various urban locations. Christian Barré photographs homeless women who are present in the city but are rarely noticed. With real empathy and a deep understanding of his models, he offers them a chance to emerge from anonymity and occupy public space. Pavel Pavlov observes peripheral zones such as gargantuan parking lots that result in landscapes that seem flattened by an inexorable and desultory standardization. This dislocation of place demonstrates a landscape in which the automobile subdues and compresses our spatial experience. 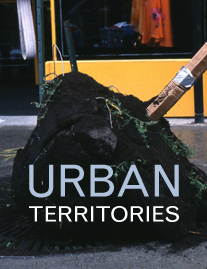 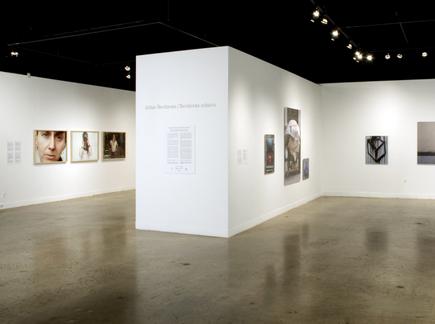 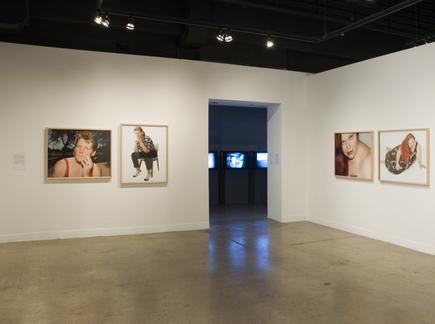 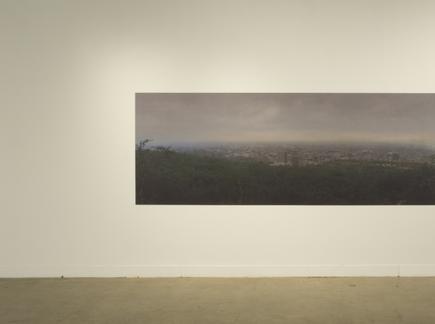 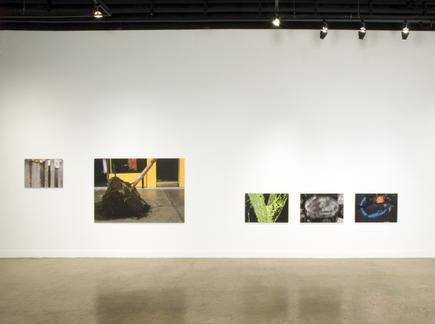 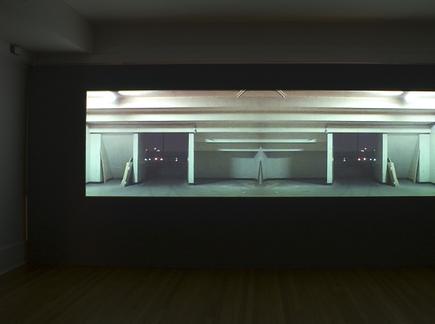 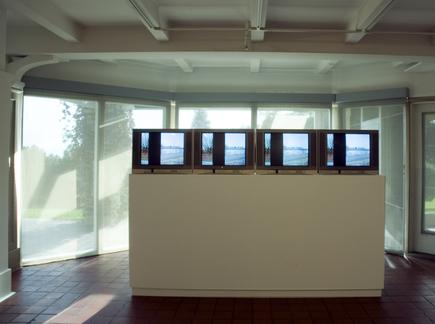 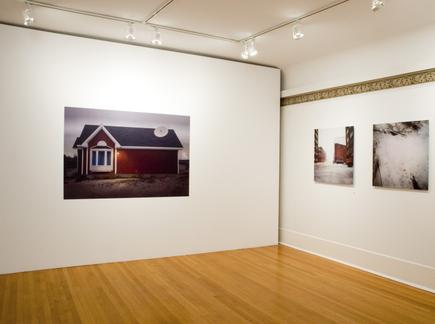 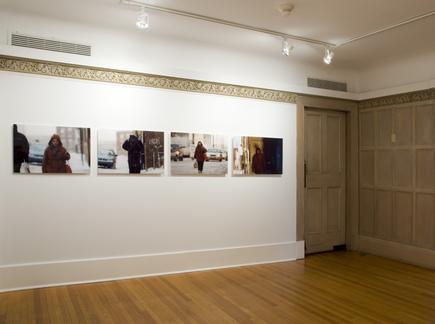 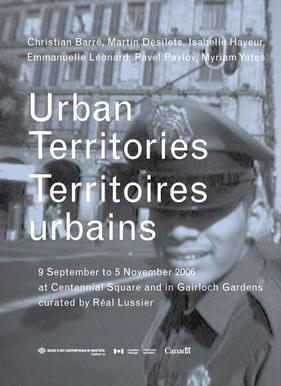