Serge Murphy's sculptural approach has been influential in Canadian Art. His sculptural interventions push the formalist legacy into a corner to underscore notions such as chance and history, with an entirely playful sense of invention.

Since the late 1980s, Serge Murphy's work has been known through the large pieces he produced, one by one. Since that time he periodically re-entered the centre stage of museums and galleries to premiere his most recent sculptures. So it has been on a somewhat piecemeal basis that we have come to know his work.

This exhibition serves as a corrective by offering a survey of more than ten years of production. Four series, dating from 1991 to 2002, have been brought together here. At the poles of this retrospective are wall and free-standing sculptures that, in their accumulation and orderly dispersion, result in installations such as Le Magasin monumental (The Monumental Store, 1991) and Sculpter les jours (Sculpting the Days), a work from 2002. Additionally, and occupying almost half the exhibition, are works on paper, including the extensive Sabliers et lacrymatoires (Hourglasses and Lachrymatories, 1996), and the prints from 1999 and 2000—Le bel arpenteur (The Lovely Surveyor) and Fossoyeur, martyr, boulanger (Gravedigger, Martyr, Baker).

Tohu-Bohu / Tumult offers a good indication of the modes of the artist's accumulative production. It must be said that Murphy also gathers ideas and stories for sound and video installations. Evoking a world that is both tangible and imaginary, Murphy's inventions convince us that art and daily life must make room for each other. 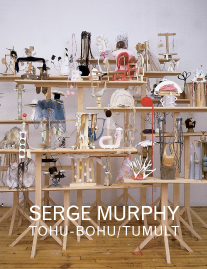 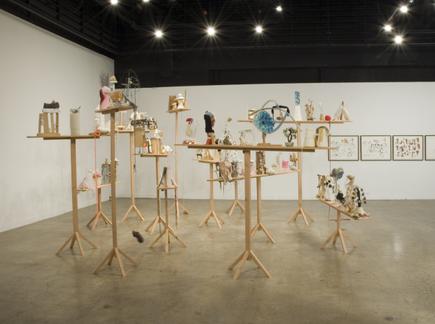 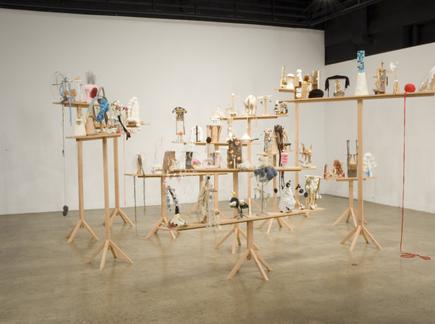 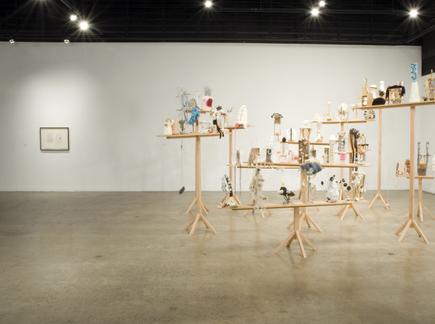 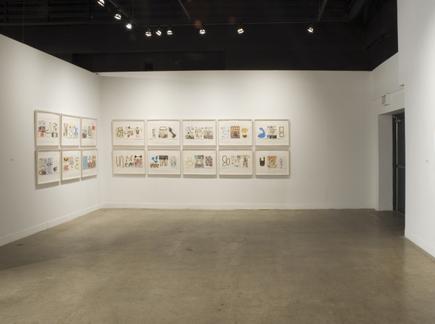 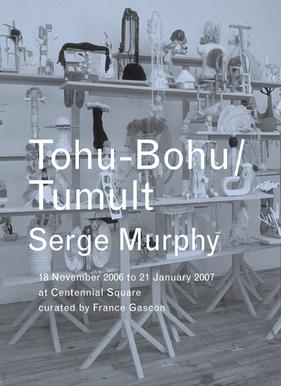 "Freedom and Rigour," a text by Nathalie Caron