For the past eight years, John Armstrong, who lives in Toronto, and Paul Collins, who lives in Paris, have collaborated on painting, photography and publishing. Their collaboration predominantly takes place over the Internet, by telephone and by using a courier service to send works back and forth between Canada and Paris.

Lakeshore is an ongoing series of colour photographs on which we have painted words and images. The photographs depict urban and rural settings, interiors, and a variety of other subjects—principally in Canada and France.

We portray a lakeshore in our painted photographs in a figurative, personal and often oblique manner. Although some of our images do depict actual lakeshores, most have to do with our routine comings and goings, artistic and quotidian. We metaphorically represent the shore as a threshold, a place of contemplation, departure or arrival. The idea of a lakeshore as a poetic space of transition is an established genre in romantic art (and in Canadian painting in particular): we both recall and temper this by painting on images that are more often prosaic than wistful. The painting interrupts the photograph's surface and the reading of the picture as a direct seamless window onto reality; the photograph becomes the painting's ground. This emphasizes the photograph's plasticity and creates a greater plurality of readings.

Our painted words are idiomatic and common expressions, maxims, and phrases from popular culture, predominantly in English or French. The words do not serve as captions for the images, but rather further our exploration of an expanded definition of lakeshore. The painted texts up-end the traditional role that captions play—that of directing the viewer to a specific message conveyed by the photograph. The images painted on the photographs are of glasses, pails and other water containers; they are the most explicit bodies of water in the artwork. 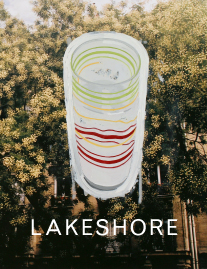 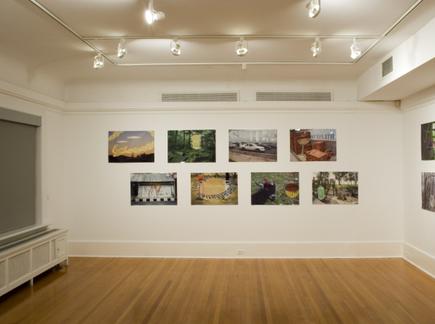 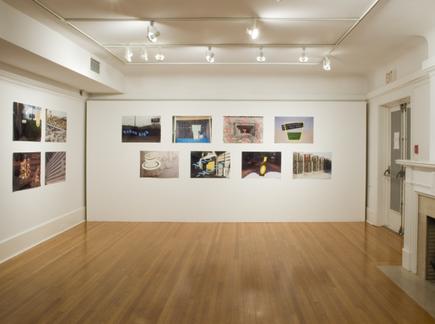 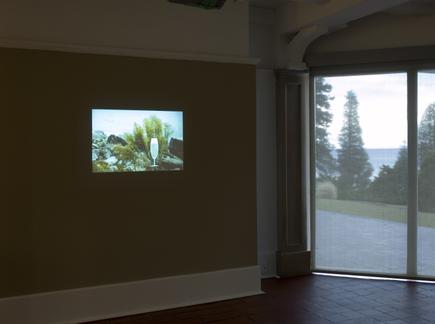 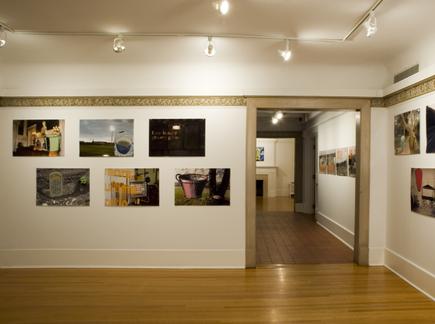 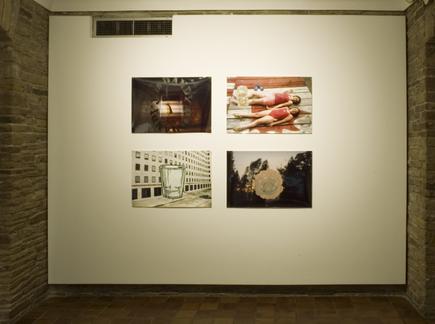 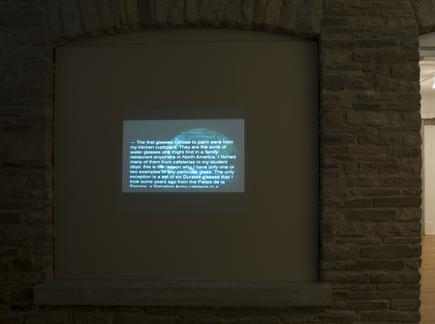 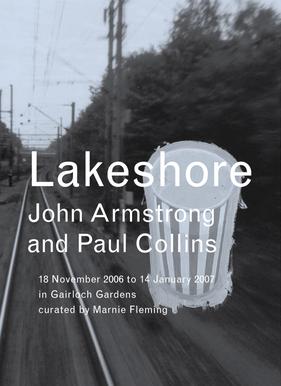