Sitting around a table can ignite emotional interactions of all types, ranging from celebratory festivities and story-telling to a food-fight just waiting to happen. Admonishments for not eating enough, eating way too much, or eating cookies instead of casserole are fairly common. As an expression, "what we bring to the table" attests to the cultural importance and metaphorical nature of the table as a stand-in for complex social issues such as sharing, negotiating, family, religion, gender, class and group identity.

I thought about this expression while looking at a photograph, in Oakville Galleries’ collection by Patrick Faigenbaum titled, Pantijelew Family (1997). The Pantijelews fit the rigid traditional role of the family and are photographed on one side of the table as if they were actors on the stage. The warm light and the slightly unbalanced framing of the mother with her ‘men’ shows her to be fully in control of the space. The tabletop is replete with details of a full meal about to be consumed and brings suggestions of family power structures, ethnicity and class. Through lighting and careful composition, Faigenbaum is able to suggest emotional and psychological relationships that may or may not exist.

The Pantijelew Family photograph provides the ‘linchpin’ for this exhibition. It was my intent to initiate a further dialogue by including works by other artists who concern themselves with tabletops. For example, two videos by Bettina Hoffmann depict characters that seem frozen while sitting or standing around a table, yet the movement comes from a camera that circumnavigates it. The total effect is that the scenes’ characters seem simultaneously too far, and too close, for comfort. The images of Laura Letinsky, on the other hand, are without people. Instead, we are witness to leftovers abandoned on rumpled, stained and crumb-strewn tabletops. The work from this series portrays the aftermath of intimate repasts that have obviously been abundantly and irrepressibly enjoyed. Letinsky’s tabletops are photographed with a tenderness and clarity that lead us to a purposeful confusion between what is ordinary and what is extraordinary. And if the skeletal remains of a fish on a plate leave you feeling queasy, then you are invited to enjoy some downtime by playing cards, chatting or reading in Nook #3, an installation by the collective Instant Coffee. This kitchen nook is an exact replica of the one in apartment 15, 601 Bute Street, Vancouver where the nook’s tabletop represents the central switch work for a group of artists, writers, and musicians. The Nook is a social place for cards, cocktails, reading and discussion. It is the physical proximity and social interaction around the table that is as important to the collective as the perfect space to be together.

All the pieces in What We Bring to the Table evoke certain feelings. Along with the Pantijelew Family, they help to create new stories of family or fellowship around a tabletop. 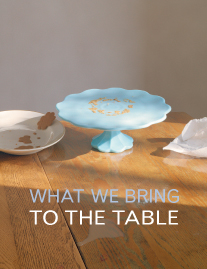 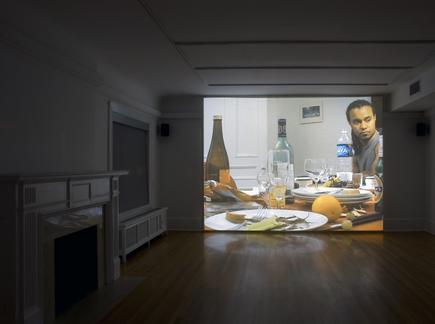 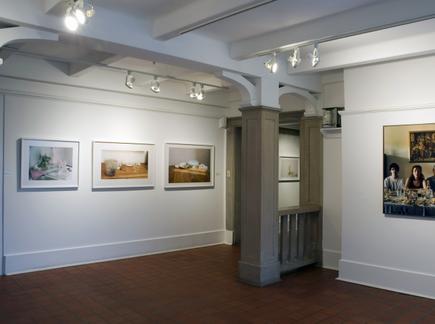 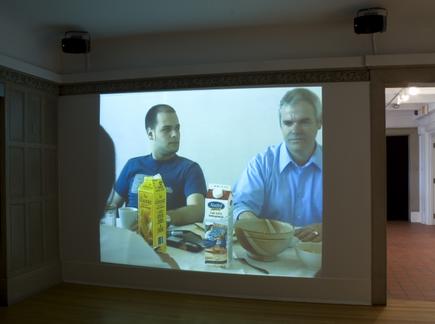 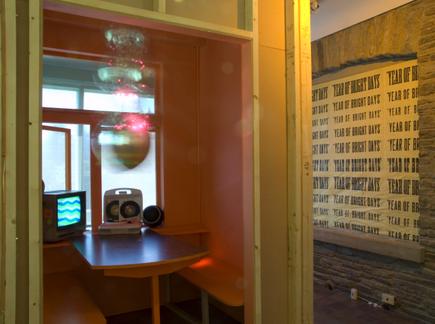 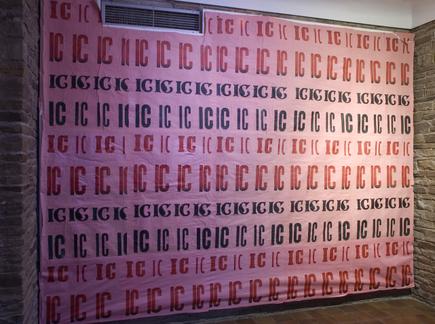