The restoration of Walter Allward's monument at Vimy Ridge in the spring of 2007 ushered in a flush of nationalistic pride, as well as a dose of recurring cynicism. Suddenly, as the glory of this soaring sculpture was offered anew, the eponymous ninety-year-old battle's significance was up for another round of debate. As fervent as the arguments from both sides were, neither could deny the mythological might or awesome power of Allward's memorial. Whether one believes that the taking of the scarp at Vimy by Canadian soldiers on Easter morning 1917 was, in fact, the metaphoric birth of our nation into the twentieth century, or simply a remarkable tactical feat with little impact upon the drawn-out and devastating trajectory of the War, the Canadian National Vimy Memorial is a commemorative achievement befitting the cataclysmic losses suffered during WWI, not only by Canada, the Commonwealth and the Allies, but of all nations involved.

Peter MacCallum, one of Canada's finest and most conscientious photographers, has followed and photographed the Vimy monument during the course of its massive restoration. This selection of thirty-five black and white photographs provides a mostly chronological portrayal of the memorial's restoration, taken by the artist over the course of three trips to the site. As in his earlier series, MacCallum remains devoted to process, finding beauty in liminal states and jarring juxtapositions that often result from the dynamic conditions of labour and industrial production.

In these images we are witness to the restoration workers' tools and technology, from the Medievalesque one-legged stool to the modern hydraulic lift and laptop computer. Snake-like electrical wires, dusty bags of cement and other lumbering machinery further attest to the magnitude of the restoration, disclosed by MacCallum in careful detail. A captivating aesthetic exchange occurs between this construction setting and the allegorical figures of the sculptures, which from 1925 to 1936 were carved in situ from mammoth blocks of stone. In an altered state, wrapped in plastic sheeting and elaborate scaffolding, Allward's monument is propelled into a dialogue with new, if temporary surroundings.

Other photographs depict numerous cemeteries in the environs of Vimy Ridge and the Douai Plain in Northern France. In these smaller cemeteries MacCallum captures a palpable sense of absence, with each embodying a signature style that reflects a "kit of parts" design philosophy. Some cemeteries feature modest mausoleum pavilions while others depict hybrids of English and French gardening traditions. These details are poignant, and serve to anchor the abstraction that has, over time, inevitably crept into pockmarked crevasses of stone.

The surrounding landscape is also crucial to MacCallum's vision. Slag heaps, indicative of the coal industry that once sustained life in these parts, serve here as defining backdrops. More austere than his previous photos of industrial production, these works betray a classical beauty. The Vimy region is here recorded with one eye toward historical documentation and the other toward aesthetics. The artist is not only interested in changes in form, but also meaning and context, and how these shift over time.

The breadth of MacCallum's series spans the subterranean labyrinths beneath the ridge, the monument's sturdy buttressing system, the preserved landscape of shell holes and mine craters, and the farmers' fields where once were trenches and pillboxes; in short, the gulf between what once was and is now. These painstaking photographs, in their focus on process and historical detail comment on myth, mourning and memory–Vimy's tripartite legacy. 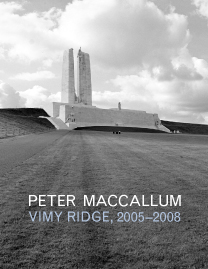 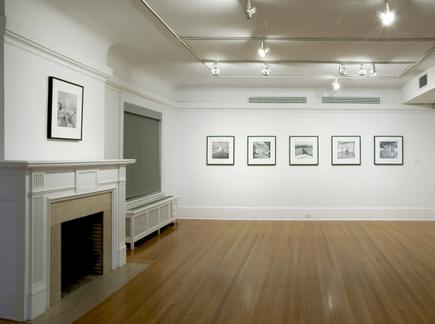 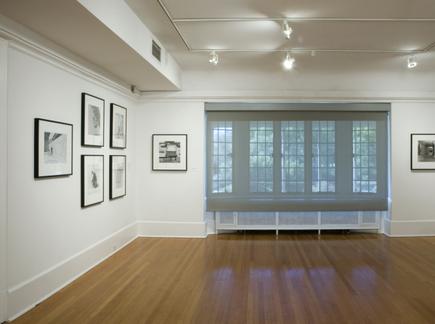 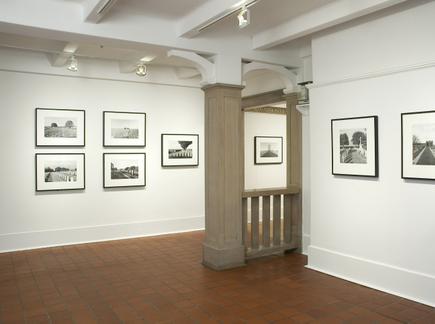 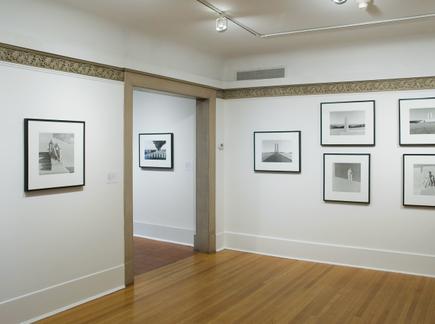 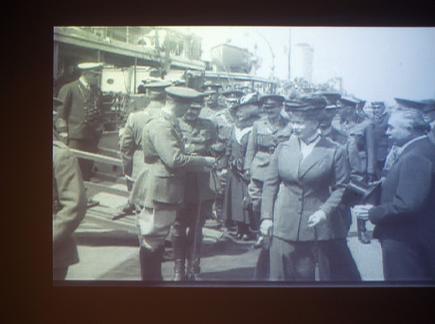 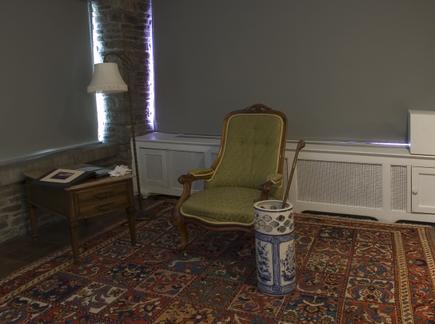 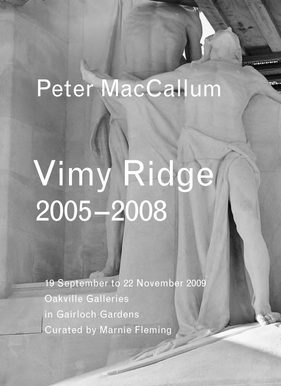