Over the past twenty-five years, Denyse Thomasos has become internationally known for her singular brand of abstract painting. Thomasos began her career after emerging as an outstanding graduate of Sheridan College’s Art and Art History program in 1987. In honour of the program’s fortieth anniversary, Thomasos has been invited to return to Oakville to create an in situ wall painting in collaboration with the college’s current students and recent graduates. The resulting work, Kingdom Come (2011), combines the visual properties of indigenous dwellings and eco-friendly designs to create a green utopia gone awry.

While many of Thomasos’s past works have addressed themes of slavery, confinement and other forms of physical exclusion, in Kingdom Come the artist turns her attention to the subtle divisions created by contemporary “green” architecture. Taking its inspiration from sketchbooks made during the artist’s travels through Africa, India and China, the wall work is filled with allusions to indigenous architectures, such as simple, hand-constructed pod forms. By amalgamating these elements over found images of high-end ecological architecture, Thomasos foregrounds the increasing economic divide between the necessity of vernacular structures made with local materials and the elite aesthetic associated with the branding of sustainable urban living.

These contrasts between architectural forms are enhanced through the artist’s approach, which combines the gestural effects of painting and the digital precision of computer-assisted design. By merging these competing forms at a grand scale, Kingdom Come makes visually concrete an unsettling future where geopolitical exclusions and economic divisions are ever more conspicuous. 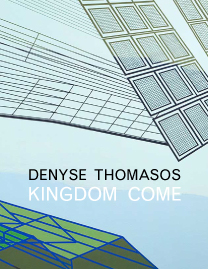 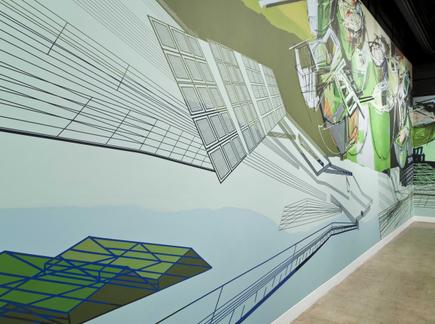 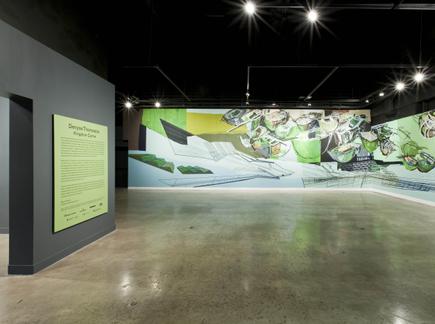 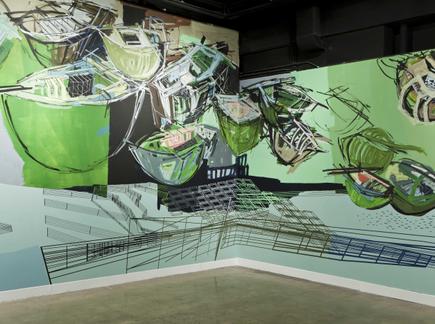 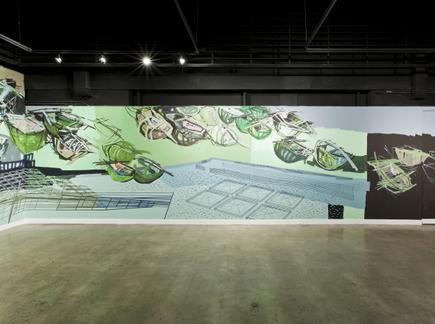 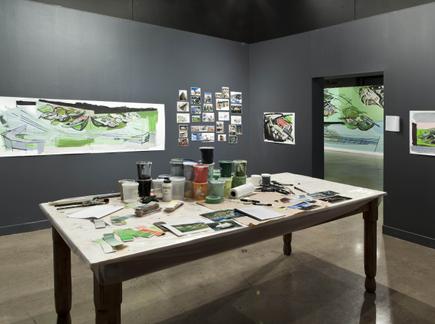 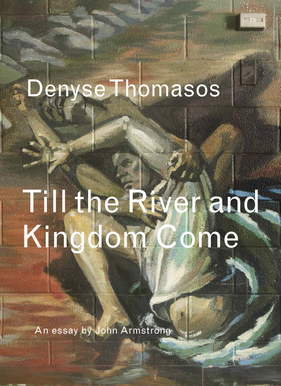 Till the River and Kingdom Come

An essay by John Armstrong 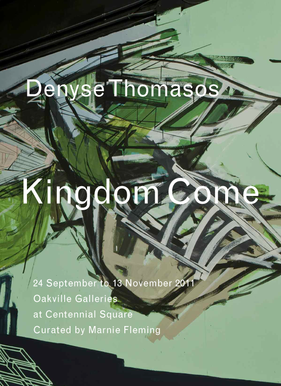