Show Up is a solo exhibition of work by Vancouver-based artist Elizabeth McIntosh. Long one of the most exciting and influential voices in Canadian contemporary painting, McIntosh has developed a rich and complex body of work over the past two decades, which provokes looking by resisting easy answers and always pushing for the unfamiliar and new.


Moving between representation and abstraction, her paintings often use unplanned processes of experimentation, or improvise on small excerpts—graphic motifs, colour palettes, objects, and lines—that are borrowed from the history of modern painting. In the end result, signifiers remain familiar, but are so loosened from their sources that they are barely recognisable. Viewers are left on the lookout, to revel in the unknown.

Show Up will survey the themes present in her most recent work, including a turn towards figuration. Stretched across both Oakville Galleries locations, it will include a new series of small paintings alongside large-scale canvases, which resonate playfully with the galleries' distinctive architecture. With painted elements that intervene directly into the building itself, the exhibition tussles with various visual strategies of juxtaposition: superimposition, collage, doubling, and inverting.

Through her unique approach to painting and many years teaching at Emily Carr University, McIntosh has had a significant impact on generations of young painters in Canada, many of whom cite her work as a key influence. Show Up is the first solo institutional exhibition of this important artist's work outside Vancouver. 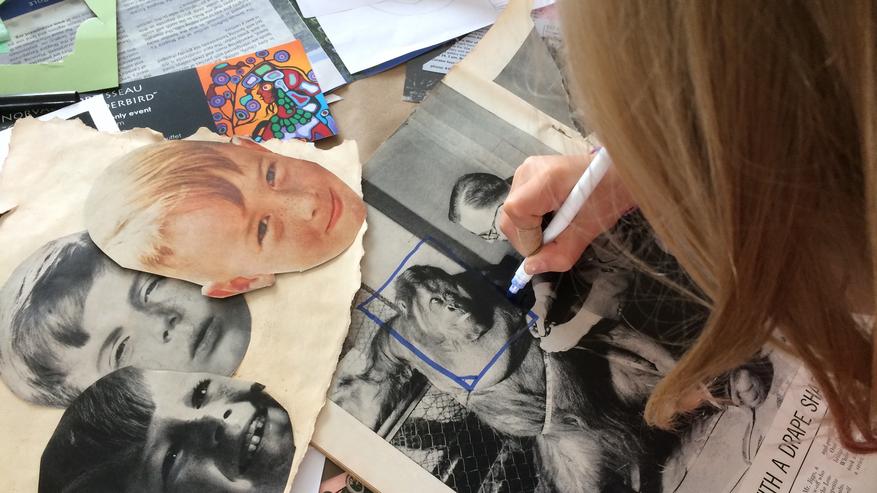 Come join Oakville Galleries on Zoom for a free art workshop inspired by the work of Elizabeth McIntosh! Select images of paintings on display within the Elizabeth McIntosh: Show Up exhibition will be highlighted and used as inspiration to create colourful collages.

Join us on November 19th at 6:00pm EST for a virtual conversation between Elizabeth McIntosh and artist Nestor Kruger. The two have known each other since the mid 1990s, when their work was included in the inaugural 'Painting Disorders' exhibition in Toronto. The conversation will conclude with questions from the audience. 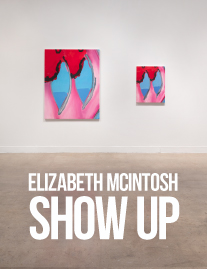 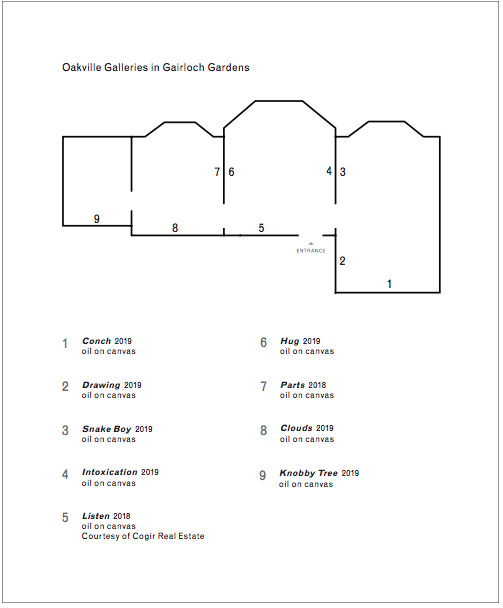