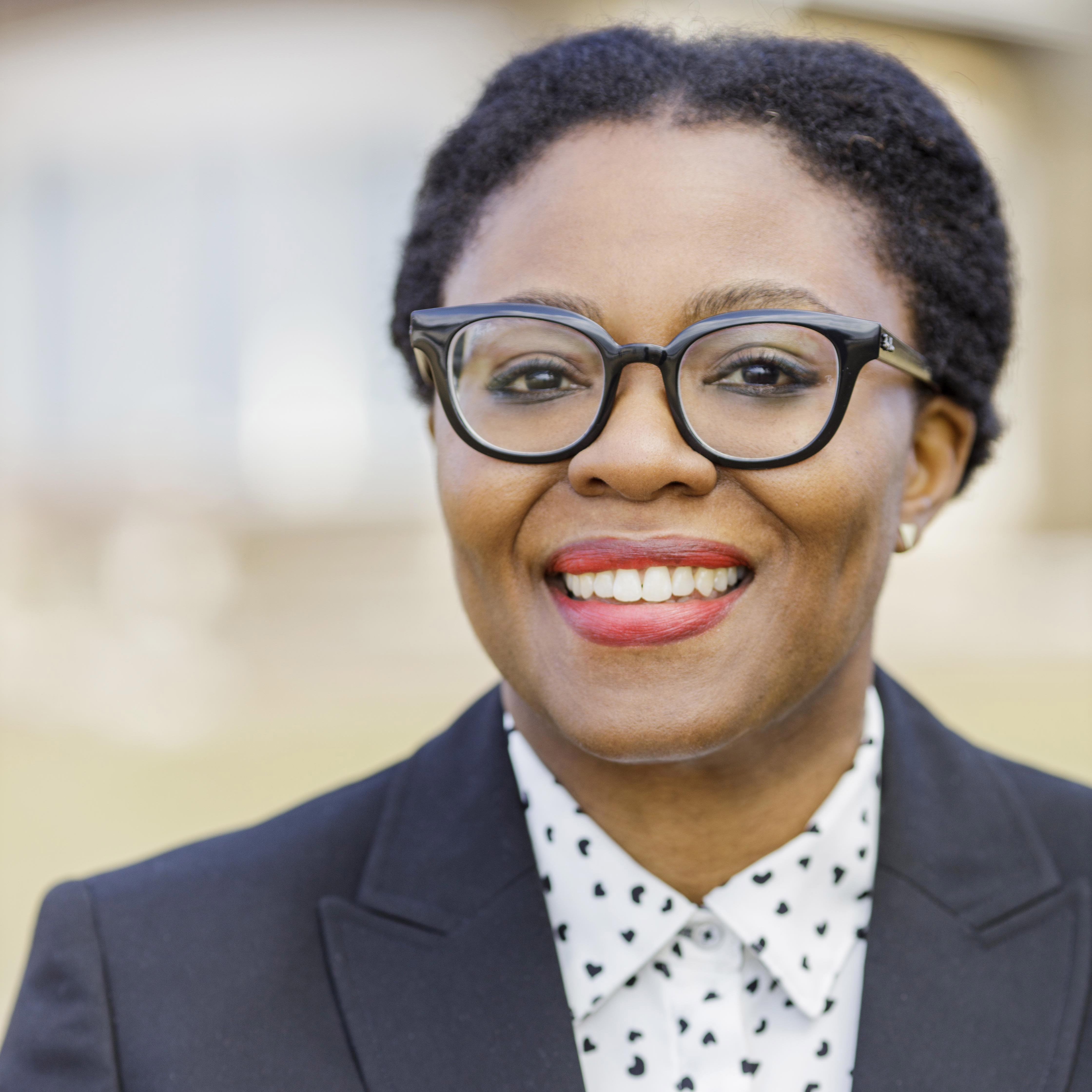 We are proud to announce Sally Frater as our new Executive Director! Frater will begin her position on March 23rd, 2021.

“I am excited to be joining Oakville Galleries, which has an illustrious history of strong artistic programming. The past year has shown us the critical role that art and art institutions play in bringing people together, and I look forward to working with the staff, board, community, and artists as we move towards the Galleries' next phase of development," said Frater.

The curator of over 55 solo and group exhibitions, Frater was most recently curator of contemporary art at the Art Gallery of Guelph and artistic director of Centre[3] for Artistic and Social Practice in Hamilton. She earned her Honours BA in Studio Art from the University of Guelph, and completed her MA in Contemporary Art from The University of Manchester, in England. Frater has deep connections to the arts community in Southern Ontario, although her academic and cultural career spans the U.K. and U.S. as well as Canada.

“On behalf of the Board of Directors, I am honoured to announce the appointment of Sally Frater as the new Executive Director of Oakville Galleries. Sally's appointment followed a rigorous and competitive search process involving applicants from across Canada, the United States and Europe," said Alix Scott, President of the Oakville Galleries Board.

“Sally brings to the position a depth of curatorial experience in contemporary art, a solid fine arts education, proven leadership ability and a compelling vision for the future of Oakville Galleries. Sally's commitment to excellence in contemporary art has earned her the respect of peers and colleagues across Canada and internationally. The Board is confident that Oakville Galleries will continue to grow and add value to the community it serves under Sally's leadership."

Frater has an ongoing interest in exploring themes of decolonization, Black and Caribbean diasporas, photography, art of the everyday, and issues of equity and representation in museological spaces. She has served on juries for the Houston Arts Alliance, Canada Council for the Arts, and Ontario Arts Council. Frater is a member of the Association of Art Museum Curators and an alum of Independent Curators International.

Over a 16-year career, Frater has gained extensive curatorial experience, and utilized those skills to create exhibitions with the Ulrich Museum of Art, in Kansas; the McColl Center for Art and Innovation, in North Carolina; the Glassell School of Art at the Museum of Fine Arts, in Houston; and the Justina M. Barnicke Gallery, at the University of Toronto.

In Houston, Frater was a resident in the Core Critical Studies fellowship at the Glassell School, and has completed fellowships and residencies at the UT Dallas Centraltrak, Southern Methodist University, Project Row Houses, and Art21 in New York.

Her writing has appeared in catalogues for the Studio Museum in Harlem, The Art Gallery of Greater Victoria and leading arts journals including Artforum, NKA, Prefix Photo, Border Crossings, C Magazine, Fuse, BlackFlash and Canadian Art. She is the recipient of grants from the Canada Council for the Arts and the Andy Warhol Foundation for the Visual Arts.