Oakville Galleries and the John H. Daniels Faculty of Architecture, Landscape, and Design at the University of Toronto are pleased to present noted artist Les Levine in conversation with curator Sarah Robayo Sheridan on the occasion of Les Levine: Transmedia, currently on view at Oakville Galleries.

Guest-curated by Sarah Robayo Sheridan, this exhibition surveys Les Levine's output from the mid-1960s to the early 1970s, a time when the artist was closely connected to the Toronto art scene. Widely acknowledged as the founder of media art, Les Levine would become known for working through, across and between multiple art forms. Making significant contributions to the development of strategies such as the use of industrial processes for artistic means—including environmental artworks, disposable art, installation-based practices, and software art—Les Levine's practice has been a highly influential one, constantly expanding the parameters of what can be understood as art, and addressing the conditions and experiences of a rapidly changing media landscape in ways that have proven uniquely prescient of contemporary concerns and sensibilities.

Les Levine and Sarah Robayo Sheridan will discuss the period in his career surveyed in Transmedia—a term coined by the artist for this exhibition—and the work that would follow in the proceeding decades.

This event is free of charge. No pre-registration required.

Les Levine was born in Dublin in 1935, acclaimed in Toronto and has been living in New York since 1964. He is the founder of the Museum of Mott Art, Inc, and has made over 200 videos and held over 100 solo exhibitions during his career. He was awarded the National Endowment for the Arts Fellowship in 1974 and 1980, and his work is represented in the permanent collections of the Museum of Modern Art, New York; Whitney Museum of American Art, New York; Philadelphia Museum of Art, Philadelphia; Corcoran Gallery of Art, Washington D.C.; The National Gallery of Canada, Ottawa; Centre Georges Pompidou, Paris; and many others. He has written for Arts, The Village Voice, Art in America, and the Saturday Review.

Sarah Robayo Sheridan is curator at the Art Museum at the University of Toronto and an occasional lecturer in curatorial practice. She is the guest curator of the travelling exhibition Les Levine: Transmedia. 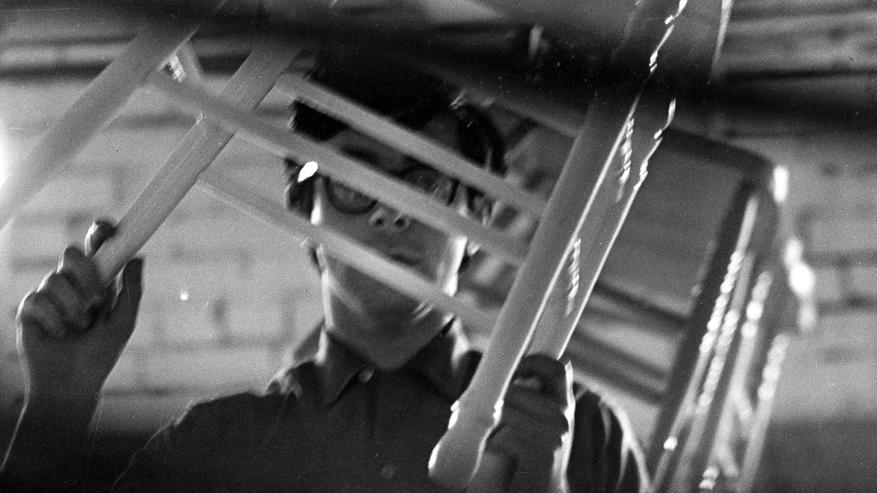 Charting the significant influence of Irish-Canadian-American artist Les Levine, this exhibition brings together a selection of works made adjacent to the multimedia artist's time in Toronto, ranging from the mid-1960s to the early 1970s.